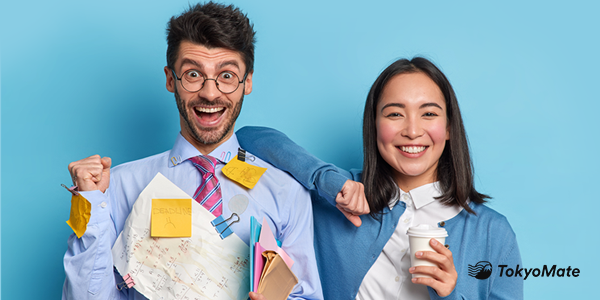 Market Segmentation in Japan: How to Identify Your Ideal Customer

Who should you be selling to in Japan? What are their spending patterns and driving interests?

Knowing who you are trying to sell to is critical to creating an effective Japanese marketing campaign. So what should you know about market segmentation in Japan?

In a study published by the Nomura Research Institute (NRI), titled "Perspectives on consumer behavior from a generational analysis, (trans. title)," NRI examines Japan's unique generational consumer profiles, their interests, and keys to each generation, based on a survey of 10,065 respondents ranging from 15 to 79 years old.

Here's our summary of NRI's generational analysis to get you started in finding your ideal customer.

Japan's bubble-era generation was born between 1960 and 1970 and spent their formative years experiencing Japan at its economic height.

Buying brand items was a matter of prestige for this era, so being mindful of what others think is essential in marketing to the bubble-era generation. Other key takeaways about marketing to this generation include the following:

Japan's second-wave/post-second-wave boomer generation was born between 1971 and 1981, often called the "unlucky-generation" as they entered their twenties after the bubble burst in 1991 and deflation set in, influencing career choices and trajectories.

Respondents in this age category gave answers that revealed values geared toward personal freedom over salary. Key takeaways about marketing to this generation include the following:

Japan's enlightenment-era generation (satori sedai) was born between 1983 and 1994 and spent their formative years in the aftermath of Japan's bubble economy collapse.

This generation correlates with the US's Gen-Z age bracket. Japan's satori generation grew up during economically stagnant times and have seen large companies go bankrupt, which has affected their attitudes toward work and consumption.

Japan's digital natives were born between 1995 and 2005. This generation grew up using the Internet and likely owned a smartphone by the time they started high school.

Like those of the enlightenment era, digital natives grew up in a more relaxed education environment and currently show the least interest in excessive consumption. Key takeaways about marketing to digital natives include the following:

Outside of the generational forces at play, marital and employment status and household makeup significantly affect consumer habits.

The following are emerging market segments that hold increasing purchasing power in Japan:

Across the majority of market segments in Japan, Japanese are increasingly reluctant to part with their earnings.

Therefore, even a slight mismatch or misunderstanding of spending patterns and values will hold you back from finding your customers.

This article broadly summarizes Japan's more widely discussed market segments. Yet, the more specific you can get with market segmentation—such as looking at reports on monthly expenses of various income-earning brackets—the easier it will be to identify your ideal customers and position your product or service accordingly.

Here's what Todd S., a vice president of a tech company here in Tokyo, had to say about hiring a bilingual business assistant:

"TokyoMate's virtual assistant immediately became an indispensable resource I could rely on to help with different tasks, especially ones requiring thorough research or more complex interactions in Japanese."

Let us do your market research for you! Each TokyoMate plan comes with a 30-day moneyback guarantee.

Get Help with Market Research