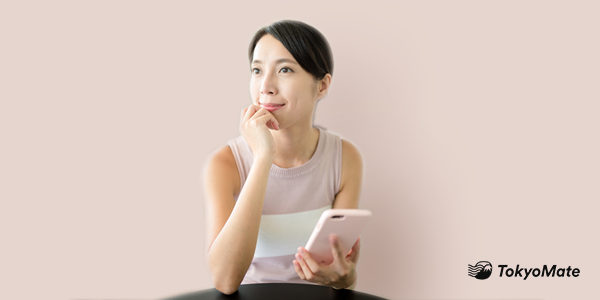 3 Mindsets that Influence Your Japanese Customers

What are the mindsets influencing consumer behavior in Japan that everyone ought to know about? When your Japanese customers encounter your product or service, what goes through their minds?

We know one thing for sure: Japanese households' financial assets hit a record high of 1,901 trillion yen in 2020. And Japan has held top spots on global savings lists for many years.

If there's a key to unlocking Japan's penny-pinching tendencies, what is it?

Today, we discuss mindsets that—to some extent or another—play a role in influencing many of your Japanese customers' purchasing decisions, which you should understand before crafting your next marketing campaign.

Mindset 1: Saving is a necessity

A poll conducted by BIGLOBE revealed over 80.3% of the 1,000 respondents chose "saving-oriented" and "relatively saving-oriented" as their response when asked how they spent their money in 2020.

Some might consider this data point a natural reflex in the face of worldwide uncertainty over a yearlong pandemic—yet Japan's saving ways go back further than this.

Thirty decades of negative to low inflation and the bubble collapse in 1990 have led to a cultural mindset of saving to offset dwindling prospects. With a rapidly aging demographic and concerns of declining social security benefits, wage earners in Japan have responded by saving more.

Magazines, YouTube channels, and countless books on the topic have cropped up in response to demand for content on "the art of saving" (setsuyaku jutsu). Popular YouTubers open their housekeeping books (kakeibou), displaying how little they can get by on, revealing item-by-item prices, often proudly and sometimes competitively.

As a business owner, learning how to use the concept of money-saving in your marketing is one key to making your product attractive to a Japanese audience.

In the book The Life-Changing Magic of Tidying Up, Marie Kondo says, "One of the homework assignments I give my clients is to appreciate their belongings. For example, I urge them to try saying, 'Thank you for keeping me warm all day,' when they hang up their clothes after returning home. … Express your appreciation to every item that supported you during the day."

Do other Japanese individuals talk to their clothes? I've personally heard of none who do this. But Ms. Kondo hits on a notion that many Japanese are instilled with: Respect for material possessions.

Shintoism may affect our consumer activity in how we treat and regard our things; it teaches that in everything dwells a god, and it could be the source of why we believe in reverencing possessions.

Another possibility can be found in the Japanese phrase "mottainai," loosely equivalent to the English idiom, "waste not, want not."

Mottainai is used to express why a Japanese person will hold on to an object, even if it appears to be outdated. Or why an individual will refuse to purchase a new product when they have something at home they can use for a similar purpose.

Instead, businesses in Japan focus on emphasizing seasonal events and national holidays in their marketing campaigns because Japanese are often more willing to spend on an item meant to help mark an occasion or event rather than purchasing a new item because the last item they bought was ill-cared for (which is rarely the case).

For instance, students enter a new school or begin a new school year in April, and you'll typically see plenty of campaigns themed on "new life support campaign" (shin seikatsu ouen campaign) around this time, giving grandparents and parents a legitimate reason to splurge on their offspring in a way that won't conflict with their saving or mottainai mindsets.

Most Japanese will try a new product out if they believe an item is "popular" = enough other people are trying out the new thing.

Japanese ad companies use the bandwagon effect in a variety of ways. For theatrical releases, distributors will often wait until after Hollywood's awards season to use factors such as how popular a movie was in other countries (awards won, viewing statistics, and associated coverage) to boost interest in Japan.

Additionally, for large market segments in Japan, TV CMs play a sizeable role in convincing consumer-hesitant Japanese that a product is enjoying outstanding popularity. Simply referencing that a product was on television lends a measure of credibility to the product (go to a store and you’ll see signs that say “as seen on TV CM”), as the chances are high friends or coworkers have seen the same CM.

The use of Japanese celebrities is another way in which the bandwagon effect plays out. A celebrity lends his or her considerable following to a product, making it safe to try whatever the celeb is advertising.

Our desire to save, reverence of things, and risk-averse nature are essential to consider if businesses want their marketing pitch to appeal to the Japanese consumer.

Yet, the 3 mindsets discussed here are far from the only cultural factors influencing the market segment you wish to target.

For instance, there are regional differences between spending patterns (e.g., Tokyo vs. Osaka), differences based on income level, household makeup, and career and education sectors. Additionally, with emerging platforms comes new audiences to track and target.

The more you can find out about your market's individual preferences, the more you will speak to the current issues your customers face.

Want our bilingual business assistants to help you with that? 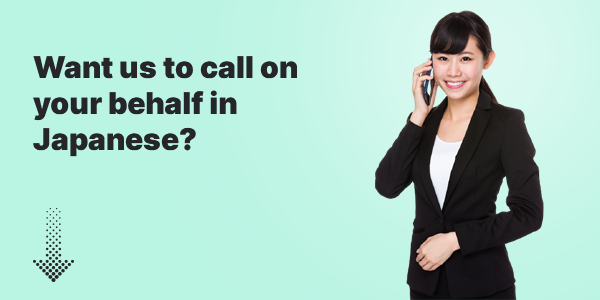 Get Help with a 30-Day Moneyback Guarantee