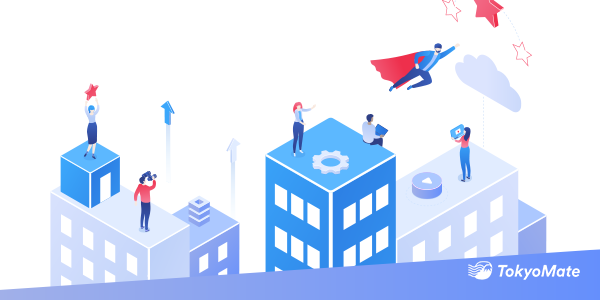 Yahoo! Japan, a subsidiary of Z Holdings, will reduce its Tokyo office space by about 40% by November, Nikkei reports.

A total of 30,000 square meters will be returned when the lease contract expires. Specifically, 7 of the 20 floors from its HQ building in Chiyoda, Tokyo, as well as 5 floors in their Minato location—equivalent to 4 empty soccer fields.

This move follows other startups in tech and emerging fields that are slashing office leases by either moving their HQ or a large portion of their workforce to shared office spaces.

According to an August 2 Nikkei report, the following well-known Japanese companies have moved HQ to a shared office: 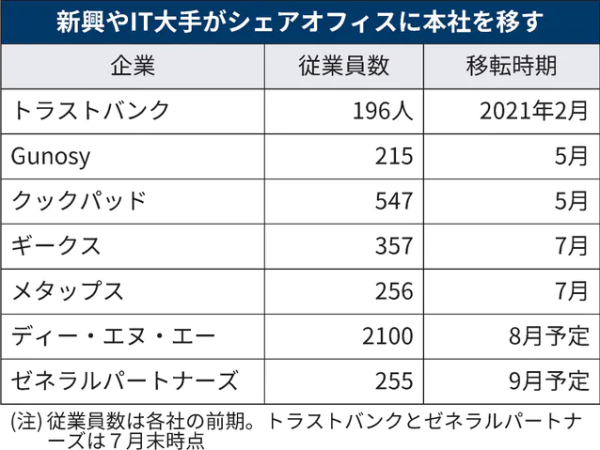 With reduced employee attendance at HQ and the rise of telework, the dedicated office HQ is losing its shine.

This switch to shared offices is reflected in Tokyo’s real estate market; in July, the average vacancy rate in central Tokyo was 6.28%, making July the sixth consecutive month where vacancies exceeded 5%, a rate considered to be an indication of falling demand vs. oversupply.

The companies moving HQ to shared offices are making logical decisions. These companies see office space as a line item in their expense sheet and they’re thinking, What do we get out of this cost or investment?

What’s happening here is nothing exciting nor unusual; companies that are shifting to shared offices are simply realizing that a line item is underutilized. I.e., the ROI for their office has become significantly lower compared to pre-COVID so they’re doing something about it.

In a cost analysis, companies will cut an under-performing line item entirely or change the way they use the office so that it does make sense again. This last option is what Yahoo is doing by opening up their office spaces to all the companies in their group by saying, “Our whole group can use certain of these big spaces. Also, we’re going to cancel some other spaces because not everyone is using it.”

Truly, the traditional office space is severely outdated, especially after the emergence of communication tools such as video calls and chat mediums. Now, finally, companies are realizing they actually don’t need the physical space and that it’s not worth the rent.

It proves that offices, as they are, don’t provide the functions and features—not to a full extent at least—of what a modern company needs.

I’m reminded of this concept from Balaji Srinivasan, former CTO of Coinbase:

“So if you centrifuge something, you see all the layers, you can often see them just in the test tube itself. Like, "Whoa, that was like a slurry before, but now it's like very defined." There's a supernatant in those layers. … in the same way, that's what the internet is doing. It's just basically taking all of these previously mediating, mediocre, moderating, middleman institutions, and just nuking them.” (Source: The Tim Ferriss Show Transcripts — Balaji Srinivasan on The Future of Bitcoin and Ethereum, etc. #506)

In his conversation with Ferriss, Srinivasan makes the point that with extreme polarization into high-end and mass-produced cheap product, the middle range disappears.

Looking at the urban landscape from this framework, what many real estate experts believe will happen in the longer term is that prime locations will be even more attractive and probably keep being as expensive as it is.

However, the mid-range real estate spots, e.g., not close to the good stations in terms of locality or access to food (which was a whole package as a geographical location), the price in those areas will go down.

So, all the places that are not Shibuya, Shinjuku, for instance, at least for office buildings, they might have a harder time attracting companies at the current real estate prices.

This has implications for the urban landscape. Think about the shops you see in mid-range train stations that are just average or so-so. Compare that to upscale spots’ stations and the amazing stores inside of the station buildings that can afford the real estate price tag.

A micro look at a macro moment: where are food trucks going?

A friend from my early consulting years is now involved with a Japanese food truck service startup, which helps food truck owners with paperwork, regulations, and connecting to real estate locations. (Kind of like Shopify for food trucks.)

In a recent chat with him, he told me about how his business has fared during the pandemic and with the shift in their revenue structures.

“Initially our sales went down because most of the food truck business was concentrated near office buildings and mid-city locations. But now, because people don’t commute anymore, those locations aren’t good spots for our food trucks. However, shortly after that, we began to get inquiries from real estate companies that manage residential real estates such as tower mansions asking us to come to their area because people were looking for food and there weren’t enough restaurants around [residential areas].”

So business in the inner-city areas is now shifting to the outer, residential areas, where people are actually staying at home and working. He mentioned this has also had an impact on the menu—what people want to purchase and eat.

Before, when their food trucks were mostly serving office areas, Japanese home-cooked style of food was popular. Now, that has flipped because people are at home more and can cook that type of food for themselves, anytime. Now, they want more exotic, ethnic stuff—what they can’t cook at home!

In a nutshell, the thinking behind this move toward shared offices is not ground-breaking. It’s simply a logical choice based on cost-performance analysis—but, of course, the implications and knock-on effects are huge and might result in some surprising shifts. 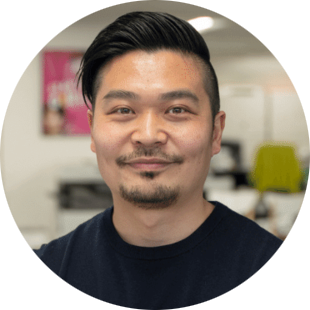