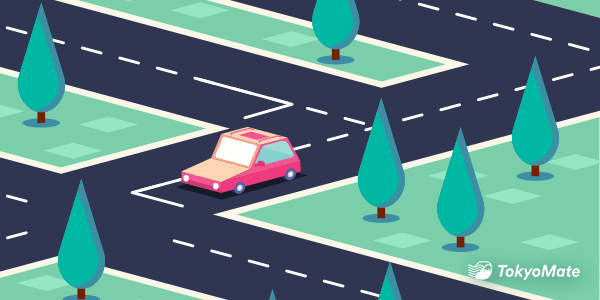 How to Switch to a Japanese Driver's License

The quick answer is, to drive legally in Japan, you must have one of the following:

If you don't have (1) or (2), you must switch over to a Japanese driving license.

Can I use my international driver's permit in Japan? 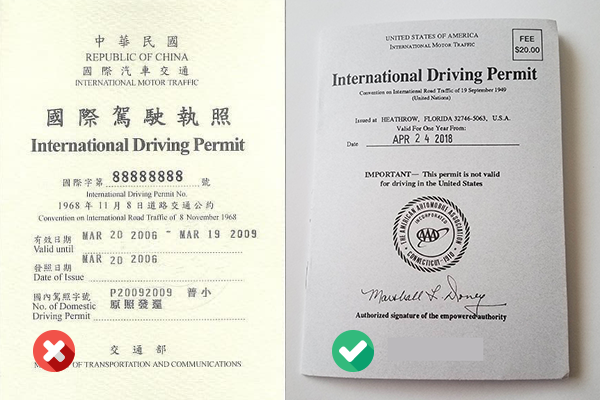 Critically, these treaties stipulate that IDPs will be mutually recognized with countries under the same treaty. Therefore, only IDPs under the Geneva Convention are valid in Japan.

With a Geneva Convention IDP, you can drive in Japan for up to a year from the date of landing here or one year after the issue date of the IDP, whichever is shorter.

Can I use my foreign driver’s license in Japan?

Japan has this type of bilateral agreement with 7 countries that have driving license systems that are on par with Japanese standards:

With a foreign license from a bilateral agreement country, you can drive in Japan for up to a year from the date of landing here or one year after the issue date, whichever is shorter. The only requirement is to carry a certified translation of the license when you drive.

3-points to check your driving status in Japan

To summarize what we’ve covered so far, here are the 3 points to determine if you can drive in Japan using your foreign driver’s license or international driver's permit. 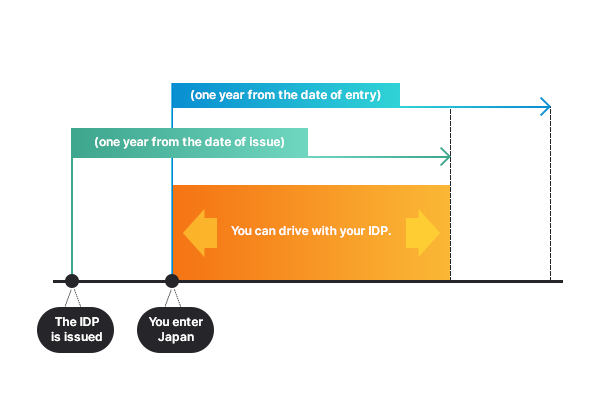 Refer to this English PDF hosted by the Metropolitan Police Department for more detailed information about the expiry dates.

If your license does not comply with the above points, that's OK. You can still drive in Japan—so long as you convert your valid foreign driver's license to a Japanese license through the following process外免切替= gaimen kirikae, which consists of verifying your documents, plus an aptitude, written, and driving test.

Certain countries are exempt from taking the written and driving test

During the license conversion process, license holders must take an aptitude, written, and practical driving test.

However, the lucky license holders from the following 28 countries and 5 states are exempt from taking the written and driving tests during the license conversion process:

License holders of these countries and states can skip the written test and driving test outlined in the following section.

License holders from all other countries must complete all the steps in the following section.

Step 1. Get your license translated into Japanese.

Step 1 can be done at your country's embassy or consulate in Japan, by the Japan Automobile Federation (JAF), or by other services authorized by the National Police Agency. JAF will translate your document for 3,500 yen (includes stamp fee for mailing license back). This will take approximately 2 weeks to complete. For details from JAF, check here.

Once you have completed step 1, submit the following required documents to the Driver's License Center in your city. Check here for a list of every center in Japan (Japanese site).

Details of specifications and requirements for the documents above are discussed in-depth in this English PDF by the Metropolitan Police Department. Call the center you will apply to in advance if you have questions.

Once you submit all the necessary documents, the documents will be verified. Each prefecture's Driving License Center will have a different waiting period.

For example, in Akita, the process of verifying documents can take up to 10 days, after which the center gets in touch with you to make an appointment for aptitude, written, and driving tests outlined in Steps 3 to 5.

In Samezu, Tokyo, the document verification is done on the same day as the aptitude and written test. If you pass the written test, you are then allowed to book your driving test. The Samezu location is a popular center for taking driving tests, so the current wait time (as of the writing of this article) is 4 months between passing the written test and taking the driving test.

Other tips specifically regarding the Samezu location:

Basically, even though the order of the steps remains the same throughout Japan, the timeline and waiting process between each step will vary from prefecture to prefecture. Call and confirm. 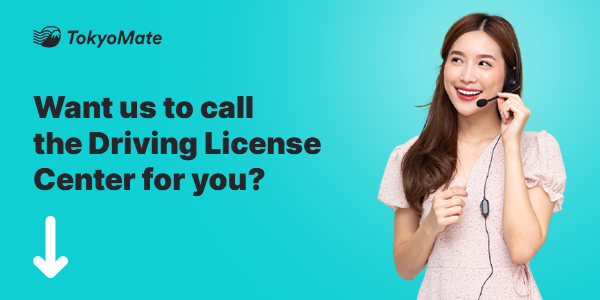 If the examiners find no fault in the documents and your answers, you will take an aptitude test and then a written test. If you are not confident in your Japanese skills, you may want to have a friend or a colleague accompany you as an interpreter for the whole process. For the eyesight test, you must have 0.7 or better (for both eyes) and 0.3 or better (for each eye).

Step 4. Take a written test to assess your knowledge of traffic rules.

The written test will check to see if you understand essential traffic rules. The general consensus from past takers of this test: If you don't study beforehand, you won't pass on your first try. JAF offers textbooks in many languages available for purchase.

The test itself is multiple-choice (answering either true or false), and you must answer at least 7 out of 10 questions correctly to pass. You can take the test in English, Chinese, Korean, Spanish, Portuguese, and, of course, Japanese.

Here's a write-up in English that describes some of the sample written test questions.

After you have successfully completed the written test, next up is your driving test.

Steps 2 through 4 can be completed within the same day at certain centers. But some license centers require you to book all appointments in advance or sometimes all tests must be held on different days, depending on the region or prefecture.

The test is conducted on a predetermined course set up on the premises, and some centers may allow you to practice driving the car before your test. There are some clear dos and don'ts and different techniques to pass the test. For example, exaggerated pointing, looking, and vocalizing to show you are checking all potential dangers.

Note: YouTuber Mellow in Japan created a simple instructional video on how to pass the Japanese driving test.

This video, according to commenters, has helped many pass the test on their first try. We recommend watching videos like this, or if possible booking yourself a few driving lessons beforehand.

According to the inquiries we made, an interpreter is not allowed in the car during the driving test. Therefore, you'll want to do thorough research on the test itself beforehand. Additionally, based on past experiences shared by expats, consider hiring an instructor for a 2-hour crash course, which will greatly increase your chances of passing.

Certain centers are unable to issue the driver's license on the same day. Therefore, it is recommended that you call the center in advance to determine when you can pick up your driving license.

The following are the costs involved in the gaimen kirikae procedure.

If you fail the driving test, you must pay the examination fee of 2,550 yen for every additional try.

Note: Two Wheel Cruise provides a complete overview of his entire experience with converting his foreign license to a Japanese one.

In the video, he references “Driving in Japan & Passing the Driver’s Test” as being another key resource that helped him with the test itself.

For driver's licenses from other countries, you can convert your license to a Japanese one at your city's Driving License Center following the steps outlined in this article. Additionally, if you need further help with explanations, TokyoMate Assistants can make calls on your behalf!