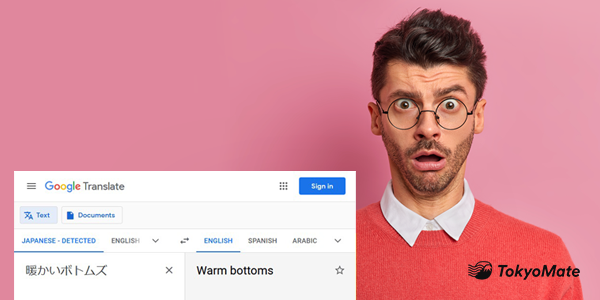 How Accurate Is Google Translate for Japanese?

Visitors to Japan and foreign residents often rely on Google Translate because of Japan's slow adoption of English as an international language.

So, where does that leave Japan's foreign residents? Enter Google Translate.

But how accurate is Google Translate for Japanese? What can you safely use it for? And when should you avoid using it at all costs? We take a look.

In this interview with Hiromi Nakaiwa (President of Asia-Pacific Association for Machine Translation), Mr. Nakaiwa explains the early days of machine learning up until Google Translate's performance improvement in 2016.

In the 1970s, machine translation's algorithm had a "rule-based" approach where linguists fed in grammar, syntax, and vocabulary for the system to follow when translating.

However, there were many problems with rule-based machine translations due to the fluid nature of how language is used daily.

Then in the 1990s, machine translation switched over to a statistic-based approach, relying instead on the sheer amount of translated data from which to select appropriate translations.

Although these were significant upgrades, statistical translations were far from the standard set by professional translators. 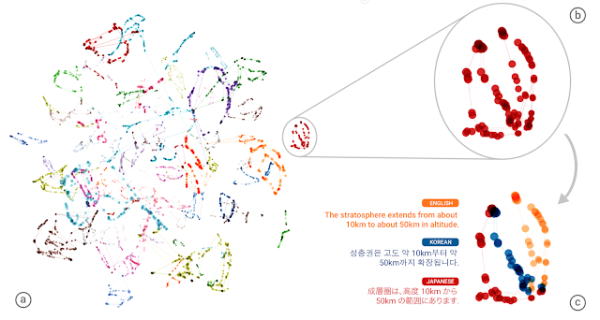 Image: Google AI Blog. Caption text: Part (a) from the figure above shows an overall geometry of these translations. The points in this view are colored by the meaning; a sentence translated from English to Korean with the same meaning as a sentence translated from Japanese to English share the same color. From this view we can see distinct groupings of points, each with their own color. Part (b) zooms in to one of the groups, and part (c) colors by the source language. Within a single group, we see a sentence with the same meaning but from three different languages. This means the network must be encoding something about the semantics of the sentence rather than simply memorizing phrase-to-phrase translations. We interpret this as a sign of existence of an interlingua in the network.

"Neural Machine Translation (NMT) models," explains Google engineers in a Google AI Blog article published in 2020, "are trained using examples of translated sentences and documents, which are typically collected from the public web."

In short, Google's NMT is essentially a machine learning algorithm that expands the translation formula to analyze words, sentence structures, and context to realize a more accurate and natural translation.

How accurate is Google Translate for Japanese?

The general consensus from Japanese professional translators is that Google Translate for Japanese is usually sufficient—for personal use.

Interestingly enough, it has become accepted practice within many translation companies in Japan to use machine translations (such as Google Translate) in combination with quality checkers (human) who assess and edit the post-machine translations, speeding up translation turnaround. In fact, some Japanese translators believe this will become modus operandi for the translation industry in the near future.

However, if you use Google Translate for any public-facing text, professionals advise getting a Japanese quality checker or proofreader to ensure your text sounds native to the Japanese ear.

Machine translations for Japanese struggle with idioms, cannot understand context (see image that follows), nor make consistently natural-sounding translations, leading to many of the most notorious of Japan's failed English signs.

Image: Google Translate's translation for the Japanese idiom瓜二つ gives us the literal translation of "two melons," instead of the more accurate translation—"as alike as two peas in a pod."

When should I avoid using Google Translate?

There are entire categories where Google Translate just won't do—that is to say, where neural machine translations struggle.

Most linguists and translation experts agree that the following categories should be outsourced to a professional Japanese translator.

A basic rule of thumb: for any task that will be seen by more than just yourself (e.g., client communications in Japanese, promo material, etc.), Japanese language translations from Google Translate require at the very least a proofreader to ensure the text sounds appropriate to native ears.

Google Translate is generally thought to be sufficient for the following tasks:

Yet, when accuracy matters, your best bet is to hire a professional translator or quality checker for projects such as the following:

Your essential Japanese business needs provided by TokyoMate, a comprehensive solution trusted by the foreign executive community in Japan.

Add Me to Waitlist