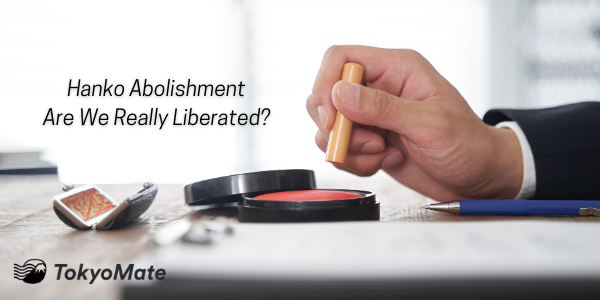 Hanko Abolishment—Are We Really Liberated? Here Are the Details.

The abolishment of the hanko is among Prime Minister Suga Yoshihide’s reforms and a bold move to streamline Japan’s notoriously tedious paperwork requirements. Here’s what you should know about what hanko abolishment means for you.

The use of hanko in Japan and its importance in culture and daily life developed differently from other countries where seals were used. To fully understand the ramifications of hanko reform, it’s a good idea to look at hanko history in Japan.

The first record of hanko in Japan is the King of Na gold seal, sent to Japan in 57 C.E. by Emperor Guangwu of the Chinese Han dynasty. While the King of Na gold seal is the first known appearance of hanko in Japan, hanko came into official use sometime later, around 701 C.E., when it was distributed to government offices and officials as a means of certification and authority. 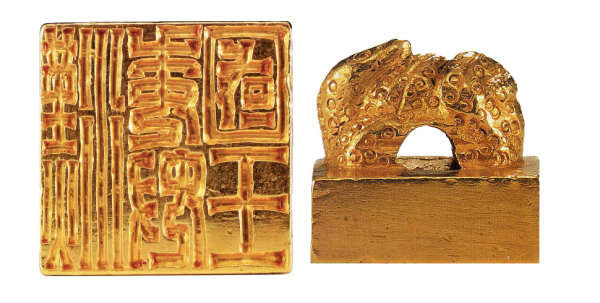 Gradually, hanko use grew to include the samurai class, who saw the benefit and speed of using hanko to replace kao (highly stylized signatures) within dispatches.

During the Edo period (1603–1868), hanko became increasingly widespread and was a means for even commoners to prove property ownership. At one point, during the Meiji Era (1868–1912), the government tried to curb the use of hanko and introduce the Western form of signature. 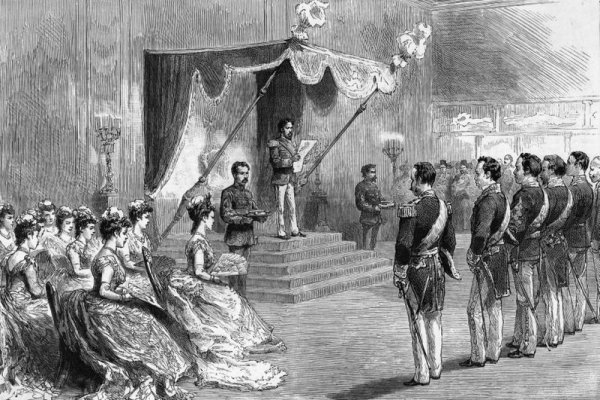 Image: Promulgation of the new Japanese constitution by Emperor Meiji in Tokyo.

However, because of low literacy rates during that time and fear it would complicate a system embraced across classes, this did not take. In fact, it was during the Meiji period that registered hanko use was pushed into full swing. (Source: ハンコロジー事始め―印章が語る世界史)

Today, instead of streamlining the process of paperwork as it had previously, hanko use has become a chokepoint. When self-restraint measures were called on in response to the COVID-19 pandemic, and salarymen were asked to work from home, many office workers still had to travel to offices for the physical act of affixing a hanko stamp onto paperwork.

So, once again, it is time for reforms.

Documents that will no longer require hanko

After Prime Minister Suga announced his desire for hanko reform, many wondered what this would entail. At a recent press conference, Kono Taro, the minister in charge of administrative and regulatory reform, announced that of the 14,747 types that had previously required hanko, only 83 would remain.

Kono plans to submit the hanko abolishment bill to the Diet’s ordinary session in 2021, with the reform projected to go into effect in the latter half of 2021.

Interestingly, of the thousands of types of paperwork that had previously required hanko, most had to do with outdated internal paperwork required between governmental bureaus.

Case in point, of the many thousands of procedures in place that require a hanko, only 438 types of procedures are performed annually, accounting for 99.8% of the total number of procedures, according to figures published on Taro Kono’s official website.

If the predominant number of hanko-requiring paperwork that will be abolished is inter-governmental, will Japanese citizens and residents benefit from this reform? Yes. A little.

The Asahi Shimbun provided a summarized list of hanko-requiring procedures relevant to citizens and residents that might be abolished if the reform is passed:

What do we still need hanko for?

Here’s a brief explanation of those types of hanko:

For foreign residents in Japan, you will need the hanko mentioned above in the following cases:

Please note, this is not a complete list. Other instances require a seal certificate, a registered seal, or a bank-registered hanko. Also, how this plays out might differ from what is being proposed. Time will tell. 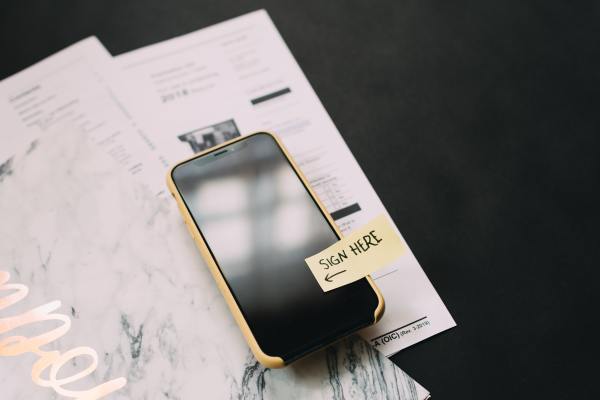 The Suga administration is advocating for moving the preponderance of paperwork online. The thinking is, if there’s no need for hanko, there’s no need to print out the applications, streamlining numerous processes in one move.

However, affixing a hanko stamp onto paperwork was just one part of the complex business ecosystem that exists in Japan. Shifting mindsets can often be more challenging to do than passing reforms.

Meanwhile, as we wait for how things will shake out, it is definitely time for businesses in Japan to be looking for new ways to improve efficiency and stand apart from their competitors.

TokyoMate Assistants will help you with any administrative work that you don’t enjoy doing. TokyoMate Mail will help you streamline your physical mail, translating them and making them available anytime online. Let us do research tasks, social media, paperwork, translation, and much more for you.

We’re making it easier to work, live, and do business in Japan.